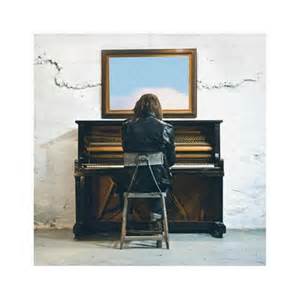 This is gonna be short and sweet — mainly ’cause my frustration is such that I don’t know if I could maintain my composure throughout the entire review.

DELTA SPIRIT is a band, a pretty good band in fact.  So it would make sense that their new release, Into the Wide, is an album that I have been looking forward to ever since it was announced.

**Brief history lesson**  The band’s first 2 albums had an Americana feel, lots of folk and indie rock influence thrown about (hell, they used trashcan lids as an instrument..if you can’t appreciate that, then you’re a lost cause).  However, they went down a more pop oriented path with the last self-titlled LP, which worked pretty well for my liking, and have continued down that road with this release.

Unfortunately, the results are not as effective, or as much enjoyable.

First issue, there is tons of repetition all over this thing, literally, TONS.  How many times could you repeat “Keep Pushing It Down” or “Wait ‘Till Its Over Now” in your choruses?  WE GET IT ALREADY!!

Delta Spirit stole a page from the playbook of THE KILLERS; throughout the album, they are trying HARD to sound like grandiose and epic like U2 with soaring choruses and huge build ups. Regrettably, much like U2 over the last several years, they sound manufactured.  Into the Wide lacks real emotion.

The sad part is that there is some songs that are just plain DUDS (looking you’re way, “War Machine” and “Take Shelter”).  This album ends on such a down note, that it pains my very soul.  “The Wreck” tries, but again, nothing new or interesting is happening.

All is not lost, however, ‘fore their are some decent tracks to be found among the wreckage. “Language Of The Dead“” and “Patriarch” are pretty good.  They each have all those qualities I accused the band of trying to emulate, but they seem to pull each one off with some conviction.  “From Now On” is also a neat little tune, where the chorus and soaring dramatic elements come together and work (“May your love never break you” is a nice line).

[Let’s see, what else can I say that’s nice.]..the band’s rythym section has always been front and center, and this album is no exception, so thats a plus…[that’s it, I’m tapped out].

It saddens me to say that this whole album is a big mess of ‘EHHH’..a few good  tracks, but otherwise, a big steaming pile of mediocrity.  And there you have it, a, uh, not so short review, just lie I didn’t promise at the beginning.  I’ll have to work on my pithiness.