From the foreign perspective, Switzerland is synonymous with the Alps. If in Zürich and can’t make the trek all way out to touch its great peaks, you need to seek out bucket list-worthy local views. Nearby Uteilberg Mountain and the city of Lucerne seem to be the next best thing and, although tourist destinations, they are not inundated with traps.

Towering Over the Alps

View of Zürich from Uteilberg Tower

We took the bright red local train out to Uteilberg on our second day in country. The train runs regularly throughout the day which allowed us to explore the area without the stress of catching a trip back to town. At the trains stop, there’s a small restaurant and a beautiful view of the Alps- but there was no need to linger there as the view is more pristine as you delve move up the paths.
It’s a ‘choose your own adventure’; the trails are marked with approximations of trek lengths ranging from an hour to most of a day.

A quick climb up past lights embedded in the antlers of mosaic reindeer and we had reached the main tourist summit with a hotel and restaurant. We ascended the steep stairs on the metal tower lookout to capture a breathtaking panoramic view of Zürich to the left and the Alps in the other direction.

We then continued to hike through well maintained trails and glimpsing at the Alps through the trees as the morning clouds dissipated. 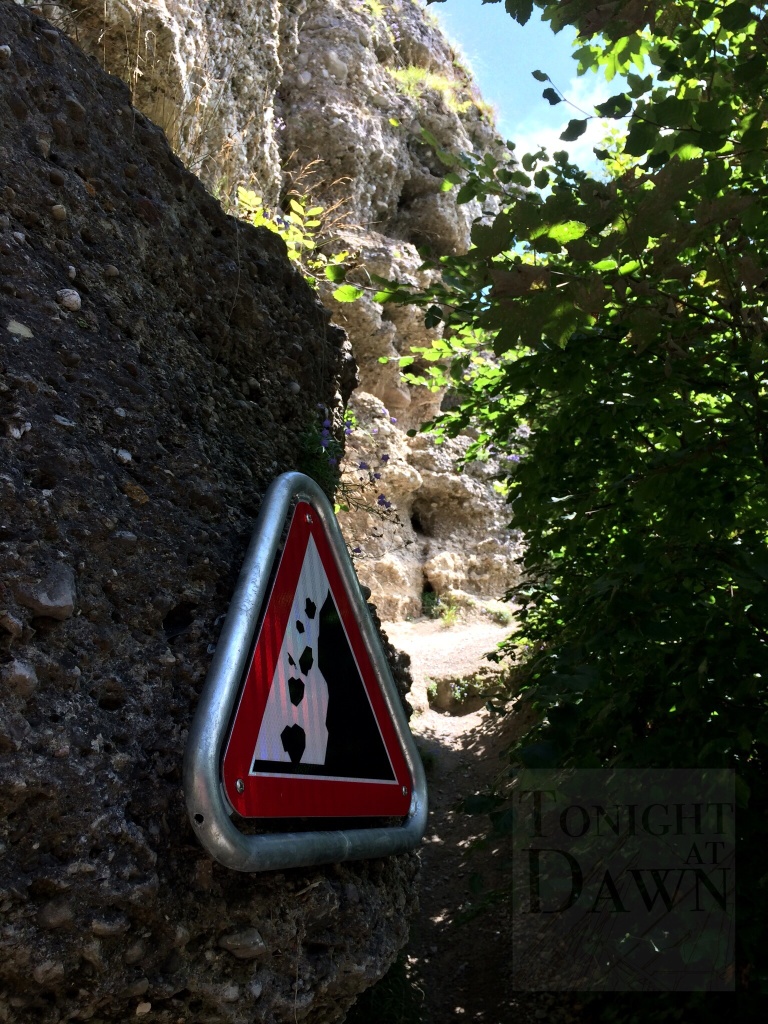 Less than hour by train from Zürich, we were surprised to find that 2- 2nd class train tickets to Lucerne would cost us around a hundred American dollars. Yet, the information clerk declared it to be a “special place” so …all aboard!

My husband and I settled into a seat on the train and the conductor came to check our tickets. Oops, we had settled into a 1st class car; “up the stairs, then down, and to the back,” he insisted in his thick German accent.

We reclined back in our new seats; 2nd class wasn’t too shabby. But, alas, he compelled us forward again; “up the stairs, then down, to the back!”.

We went up, down, and to the back until we came upon what was unmistakably the lower class car; we are not first class travelers by any means but after the reclining chairs and peace of the other cars, the difference between classes was stark. The smells of cheap food assaulted us as soon as the car door open and people were spilled out over the floors.

Fortunately, if the train ride was not quite worth 50 bucks, Lucerne was every bit the special place that we were promised. 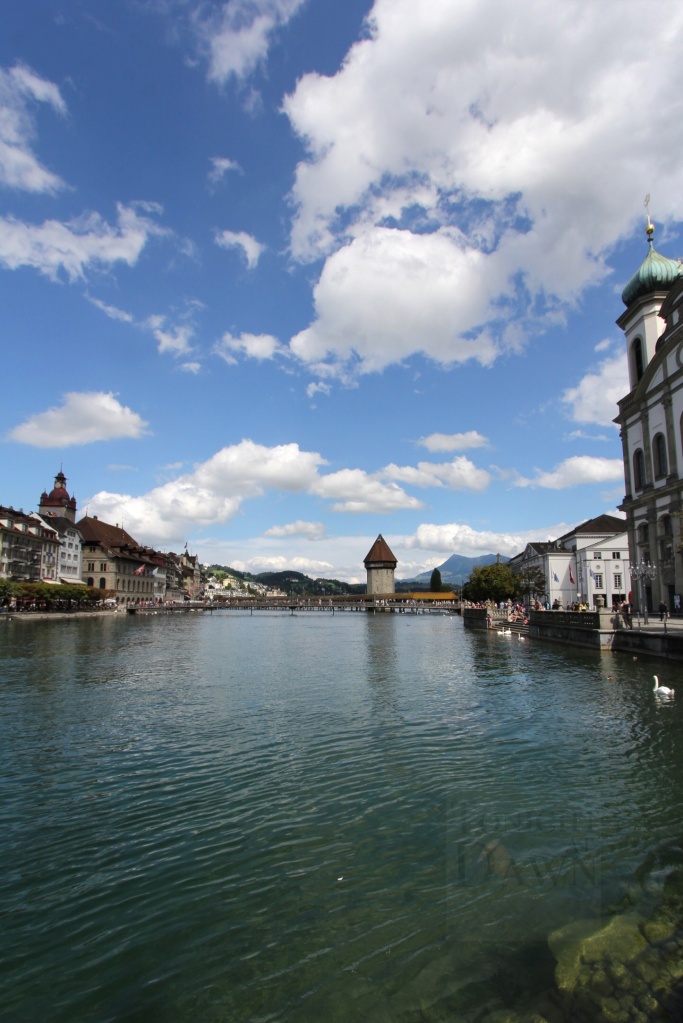 We spent the day wandering the winding streets of Lucerne and the banks of its river. 35 francs for an hour on paddle boat allowed us to float ever so slightly closer to the commanding Alps where they appeared to rise above the pristine blue lake. We enjoyed lunch in one of the many European squares and dined near the river bank.

Before heading back to the station and our 2nd class world, we sat and watched the moon rise above the peaks in the distance. 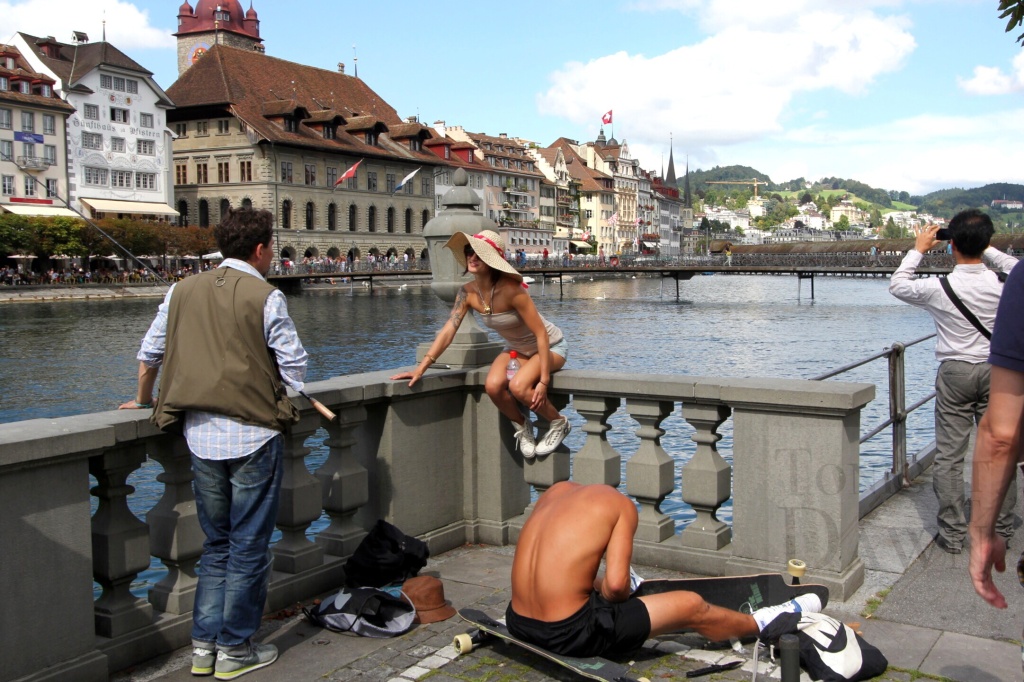