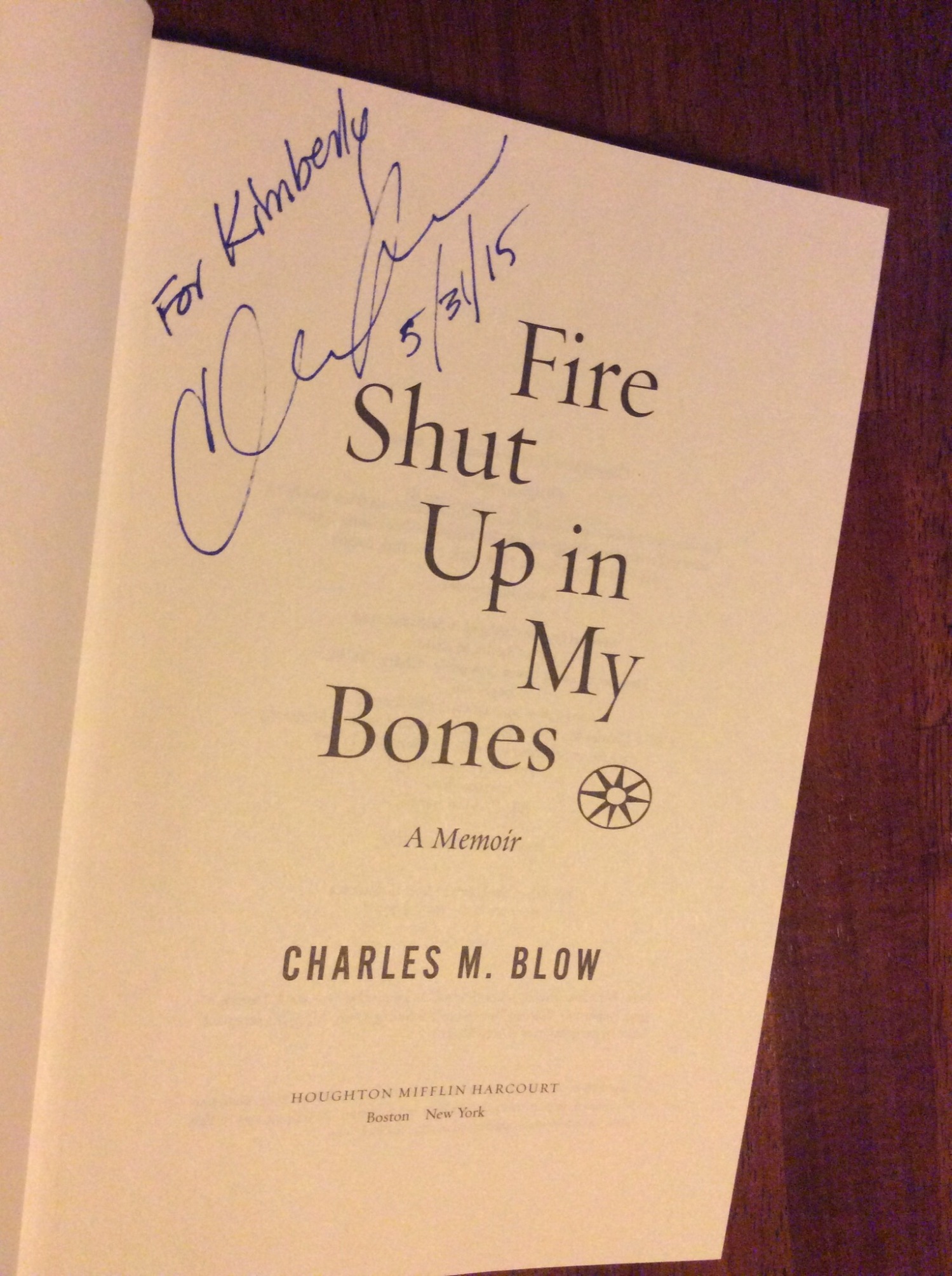 Text and Photo by K. Cecchini

Taking shelter from a downpour on Sunday, I happened upon an interview with New York Times writer Charles M. Blow on his 2014 memoir “Fire Shut Up in My Bones” at the Montclair Public Library. He told the audience that he views the book as an extension of his op-ed column in which he discusses politics, public opinion and social justice issues.

The youngest child of a single mother, “Fire Shut up in My Bones”chronicles Blow’s experiences growing up in a segregated Louisiana town and an incident that drove him from home to the HBCU Grambling State University. His interviewer, James Johnson, pointed out that the title was derived from the Bible (Jeremiah 20:9).

During their conversation, Blow spoke about his family’s roots, social justice and crafting his memoir. He said that being that his last name is uncommon, it was easy to trace his family’s roots and he found Dred Scott to be among his ancestors. He also provided an illustration of how black families are often not able to transfer wealth intergenerationally due to historic blocks. He shared the story of how his sharecropper great great grandfather had to forfeit his land after his wife moved away when they were shot at in their home.

In addition, Blow elaborated on a excerpt from his book in which he tells a story of being threatened by police officers while he was in college. He said, today, he uses the news as impetus to talk to his own sons about how to minimize potentially dangerous misunderstandings with the police. He said, in the few moments of an interaction, there is no time to share your resume – you don’t have time to explain that you have never had trouble with the law, are an academic, etc. All of that can be explained afterwards if a reason arises.

Yet, Blow shared his optimism. He said we are in the midst of a “second civil rights era” and that the issues are beyond race; the young are also bringing up issues on sexuality and the environment. He sees it as a move to practice direct democracy. As happy as he is that there are much discussion today about race, he is not interested in starting a conversation with folks who just think it’s all about pulling the race card. It’s like trying to discuss sexuality with someone who doesn’t think bisexuality is real, he said with a laugh.

Although his book addresses these important themes, it wasn’t his goal in writing it. In fact, he was quite concerned about how he crafted his story. And, by the sound of the excerpts Blow read yesterday, he is a master of the craft. I am looking forward to reading my freshly autographed copy.